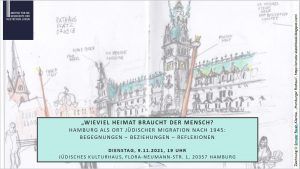 „How much home does one need?“ Hamburg as a Place of Jewish Migration after 1945: Encounters – Relationships – Reflections

On November 9, on the occasion of the relaunch of our first online exhibition „Jewish Life since 1945“, we would like to discuss the significance of (re)migration for the development of Jewish life in Hamburg. In addition to a commentary on our online exhibition by Theresia Ziehe from the Jewish Museum Berlin, Hendrik Althoff (University of Hamburg), Kirsten Heinsohn (FZH), Karen Körber (IGdJ) and Sebastian Schirrmeister (Jüdischer Salon am Grindel e.V.) will reflect on central aspects of contemporary Jewish history in a roundtable discussion – such as reconstruction, culture, tradition and memory.

The event will take place on November 9, 2021, at 7 p.m. at the Jewish House of Culture, Flora-Neumann-Strasse 1, in compliance with 3G rules. Registration via schluesseldokumente(at)igdj-hh.de is obligatory. 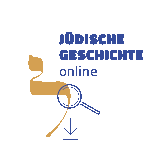 As part of this year’s #vDhD2021, a digital brainstorming experiment will start next week on August 30, 2021. Ideas, suggestions, and wishes are being sought for the online portal to be developed within the field of Jewish history. The portal will be located at the MMZ in Potsdam and is to be realized together with the Key Documents. The hopefully numerous contributions will be discussed and structured in a round of experts on September 15, so that ideally a first roadmap for further project development will emerge. All information about the event and registration can be found here.

To prepare for the event, you can listen to the latest episode of the RadiHum podcast: https://radihum20.de/juedische-geschichte-online/

We mourn the death of Prof. Richard Levy, one of the meritorious early researchers of antisemitism. He supported us for a long time as a translator in the context of both the Key Documents Edition and the Stumbling Stones Biographies with great professional knowledge and linguistic sensitivity. We are very grateful to him for this important work and will miss it all the more painfully in the future. 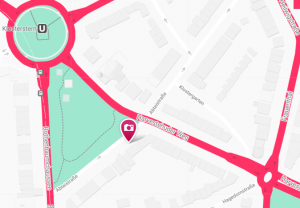 Cooperation with the Geschichtomat Project

The last Geschichtomat project weeks, the first for a long time, dealt among others with various aspects of our online dossier „Martha Glass.“ A total of four of videos created by the participating students deal with the biography of Martha Glass, the deportation of Hamburg Jews, the concept of the online dossier or the family research work of Matthias Brandis on the history of his family. We are excited about this addition to our existing offerings! All videos will also be included in the teaching materials section. 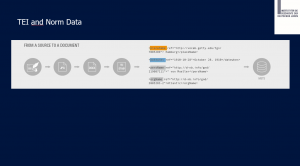 Workshop and Presentation at ReiReS School

The Key Documents project participated with two events at the ReIReS School, hosted by the Institute for Jewish Philosophy and Religion at the University of Hamburg: In April, Daniel Burckhardt and Anna Menny gave a virtual hands-on session on tagging according to TEI P5 using the Oxygen editor; in June, Anna Menny presented concept and goals of the online edition. 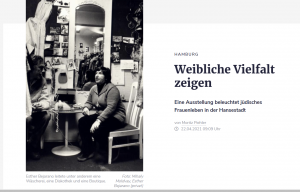 We are delighted about the extensive and positive article in the Jüdische
Allgemeine. Under the headline „Showing Female Diversity“
Moritz Piechler acknowledges the conception and realization of our current
online exhibition „Women’s Lives“. Read here! 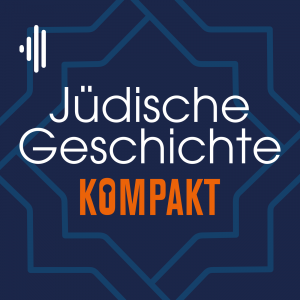 Our new dossier on Martha Glass initiated the new season “Persecution, Remembrance, Reappraisal” of the podcast Jewish History Compact, jointly produced by IGdJ and MMZ. Listen in (interview in German)! 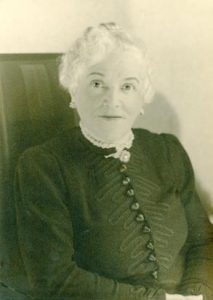 Dossier on the diaries of Martha Glass

On January 31, 2021, the dossier on the diaries of Martha Glass was ceremonially launched. The dossier provides the original diary pages, the transcripts, a detailed introduction as well as a collection of material with further relevant sources and suitable online resources. Additional dossiers will be added in the future.

Podcast on the online exhibition “On the Ship”

In “Hafen und Heimat,” the first episode of the new podcast series Jewish History Compact, Sonja Dickow-Rotter and Björn Siegel provide insights into the background, conception and implementation of our current online exhibition “On the Ship – ‘as on another Earth’” (the interview in German).

Since April 2019, the editorial staff of the Key Documents has been working in a new constellation: During her parental leave, Anna Menny is substituted by Sonja Dickow as project coordinator. And after successfully completing her Master’s degree, Ute Schumacher left the Edition. Her successor as a student assistant is Tabea Henn, who has been supporting the project since May 2019. 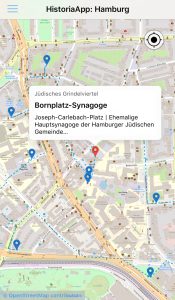 As part of the online source edition “Key Documents of German-Jewish History”, the Institute for the History of German Jews in Hamburg has developed two tours along the traces of Hamburg’s Jewish past. The entries could partly be taken from the digitized version of the map “Places of Jewish Life and Jewish History in Hamburg.”

The two tours (in German):

On the trail of Jewish heritage – the various stations provide insights into the long and varied Jewish past in the Grindelviertel.

Bicycle tour along the traces of the Jewish past between the Hamburg Neustadt and Altona.

The individual stations of the bicycle tour follow Jewish traces between Hamburger Neustadt and Altona, from the former “Judenbörse” in Elbstraße or the temple in Poolstraße to the Jewish Hospital in today’s Simon-von-Utrecht-Straße and the cemetery at Königstraße.

You can download the app for free at Google Play (Android devices) or in the German Apple App Store.

New members of the Advisory Board 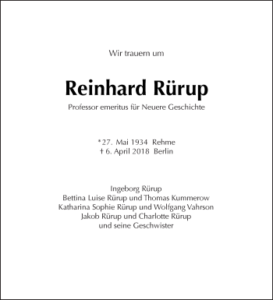 Reinhard Rürup passed away last Friday, April 6, 2018, at the age of 83. We are deeply saddened by this loss. Reinhard Rürup has critically accompanied and actively supported the project from the very beginning as a member ouf our advisory board . We thank him for his great commitment and hope that we can continue to live up to the confidence he has placed in our project. He will leave a big gap as a scholar and as a human being. 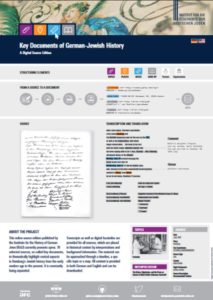 Poster session at the DHd 2018

Anna Menny and Daniel Burckhardt presented the key document edition with a poster at the annual conference of digital humanities in the German-speaking countries in Cologne.

We would like to thank Sandra Morath from edelweiss* büro für grafik und design for the excellent graphic design.

Under About this edition > Presentations and Publications you will now find an up-todate compilation of lectures, publications and reviews about the Key Documents Edition.